Clink link to find out more 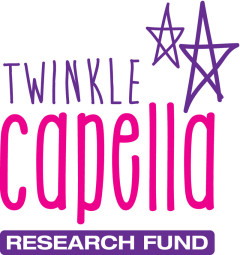 Thanks for your support!! 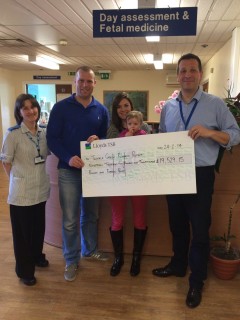 On 10th January 2013 at 10.09am, we were incredibly blessed as we welcomed our daughter Freja Charlotte Britton into the world.

The phrase a 'little miracle' is often quoted when a baby is born, and for us this was absolutely the case... our amazing little miracle. 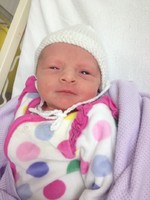 Our story started when we went for our 12 week scan, when we were told the  incredible news we were expecting identical twins. The scan showed the twins to be Monochronic, a relatively common scenario for identical twins when they share the same placenta.

We soon discovered Monochronic twins can sometimes lead to complications during pregnancy known as TTTS (Twin to twin transfusion syndrome), whereby the blood flow to each of the babies can be distorted due to sharing the same placenta. Therefore, we would be closely monitored during pregnancy.

On attending a routine scan during week 22 it became apparent that indeed level 4 TTTS was occurring. We went from a routine check full of smiles and laughter, to being immediately referred to the FMU department at St Michael's Hospital facing a difficult reality.

Following specialist treatment and consultation from an incredible group of medical professionals, we found out that if left, the condition would ultimately lead us to losing both the twins. We were therefore left with one solution to try and correct TTTS; which involved the latest laser corrective surgery.

Two days after having the laser surgery and what felt like an eternity waiting, we went back to St Michaels to have a scan to find out if the treatment was successful. Devastatingly one of the twins passed away.

We were left with positive news to hold on to that one of the twins was doing well with a good chance of survival, which became our absolute focus.

After very close monitoring from the medical specialists in the FMU departments at Southmead and St Michaels including what seemed like 100's of scans and an MRI scan, and a very nervous remainder of the pregnancy, we reached 10th January 2013, when Freja Charlotte came into our lives.

We are now focused on helping increase awareness and raising lots of money to assist medical research; to help ensure there are more positive outcomes, more frequently.